Melanie received her Master’s in Fine Arts from Claremont Graduate University and her BA in Studio Art from the University of California, Irvine. Most recently she has been a part of the MAS Attack SD show in Balboa Park, and an intimate group show, Lime Light, curated by Thinh Nguyen.  She has shown her work at Autonomie  in downtown Los Angeles with David French, at White Box Contemporary in San Diego, in “Medicine Chest”, a pop up show curated by Elana Melissa Hill,  “All the World’s Riches” at 2325 Artist Space, “Speculative Materialism II” at Andi Compognone Projects and  “Habits of Mind: Armory Fellows Show” in the Waterworks Building at Colorado One.  She works and lives in Oceanside CA.

Complete CV can be provided upon request.

My work examines both macro and micro mutations within simple forms, actions of simultaneous expansion and collapse. This evolving movement is captured in layers of translucent ink built up on paper. The forms are suspended within the open space of the paper with no frame of environmental reference, but instead, forcing the focus on a frozen animation unfolding.

“The work of Melanie Moore revolves around themes both organic and cosmic, formal and natural. Hers is an evolving art, one based on the germination of hidden and secret processes. As a sustained meditation on macro and micro-logical processes, Moore’s abstract paintings often resemble cellular mitosis, embryonic growth, or the nebulous becomings of celestial bodies. Everywhere we find evidence of divergent permutations, sudden mutations and the slow gestation of trace forms in the process of unfolding.” 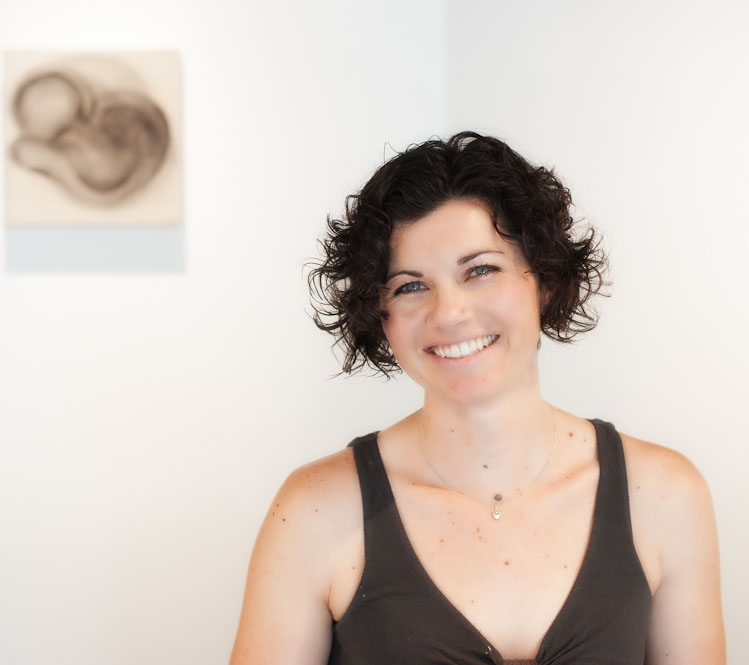